The list of fort wayne industries once served by the mighty PRR reads like a who's who of our economic foundation. But one property appears to be suspiciously missing a siding. Ft Wayne Rolling mills....did they have rail service with PRR?
All I've been able to find is a possible connection with Lake Erie & Ft Wayne that passes along the west side of the main building between the mill and junk ditch and then POSSIBLY connecting with PRR near the "rat hole".

Looking at the 1919 Sanborns, even the orientation of the one existent line would seem to be more geared toward giving LE&FW access to PRR than to give PRR access to Ft Wayne rolling mill proper.

Here is a composite of the relevant frames from the 1919 Sanborns, with the line in question emphasized with red arrows.
Regrettably, the Sanborns do not show the actual connection, but it's hard to envision that line going anywhere else. 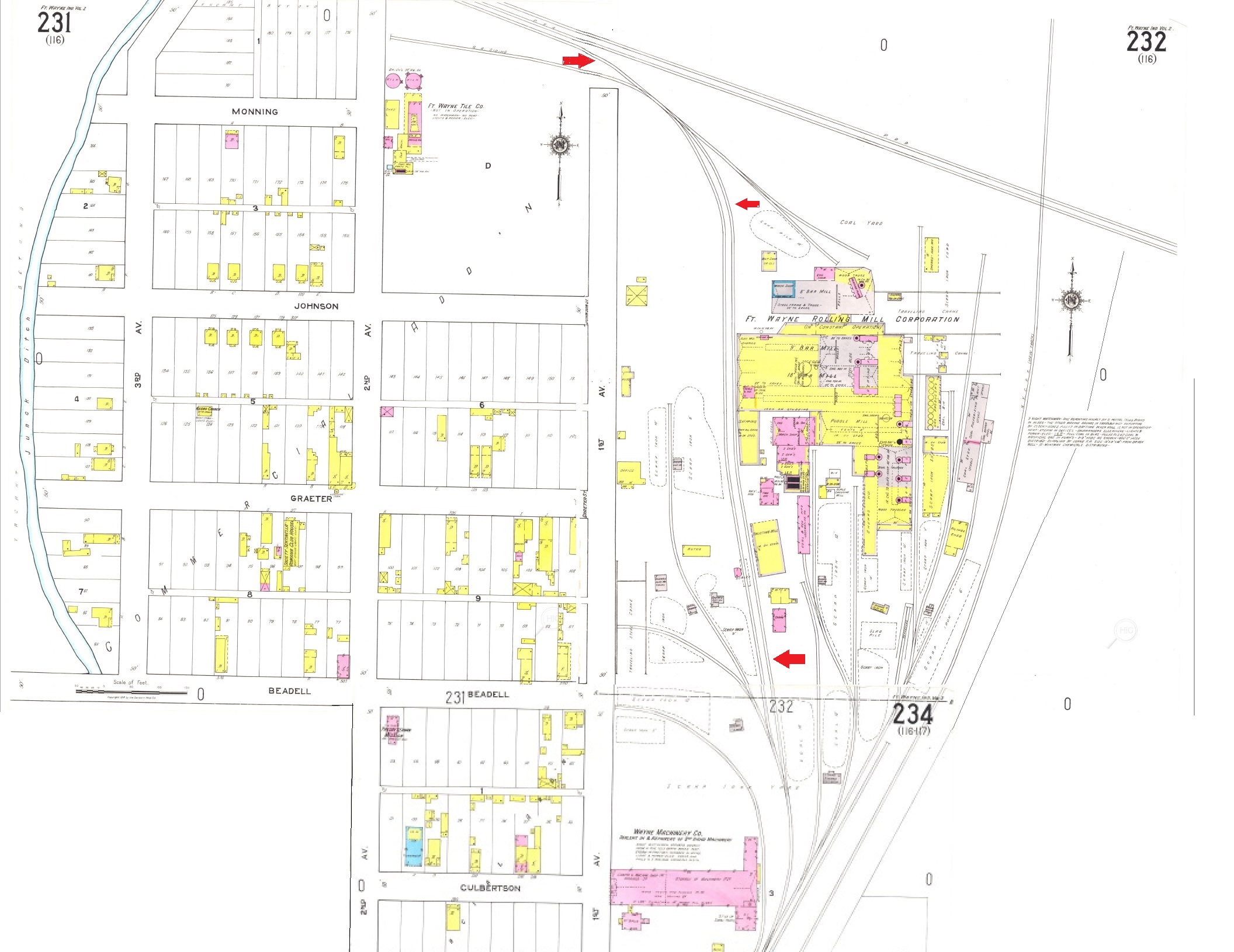 I guess that I got my answer...... the Lake Erie & Ft Wayne was originally an "in house" operation for Ft Wayne Rolling mills. As such I guess they serviced the mill from whatever connected line had mill related business.

They could push cars onto the LE&W,....they could take cars down to the mini yard at the NW quadrant of Hugo for the Wabash.....or they could stage cars for the PRR on the two parallel tracks that I pointed the arrows to.
Not sure if PRR came on property to fetch the cars, of if LE&FW pushed them out to the PRR,...but either is more likely than the third option...that LE&FW delivered the cars to PRR in their yard.

I guess the in house operation became the independent LE&FW after just a year or two, but most likely continued to serve PRR as they always had .
Then of course LE&FW entered the Wabash system, which in turn was controlled by PRR.