The following photo, courtesy ACPL, depicts Fort Wayne's downtown, in 1930 (as evidenced from the scaffolding still around portions of the Lincoln Tower)

Noteworthy to me as much for the buildings that are still with us, as much as those that are not. I think this is the first good picture I have ever seen of the old Scottish Rite building, next door to the Masonic Hall.

One thing that surprised me a little, but I always suspected that G.C. Murphy's art deco design was just a facade put over an existing building. But this photo indicates that no suitably sized predecessor was on that location. Any of you folks have first hand knowledge of Murphy's construction downtown?

I suggest that you use the link below to go directly to the picture, and click on it to enlarge for detail. 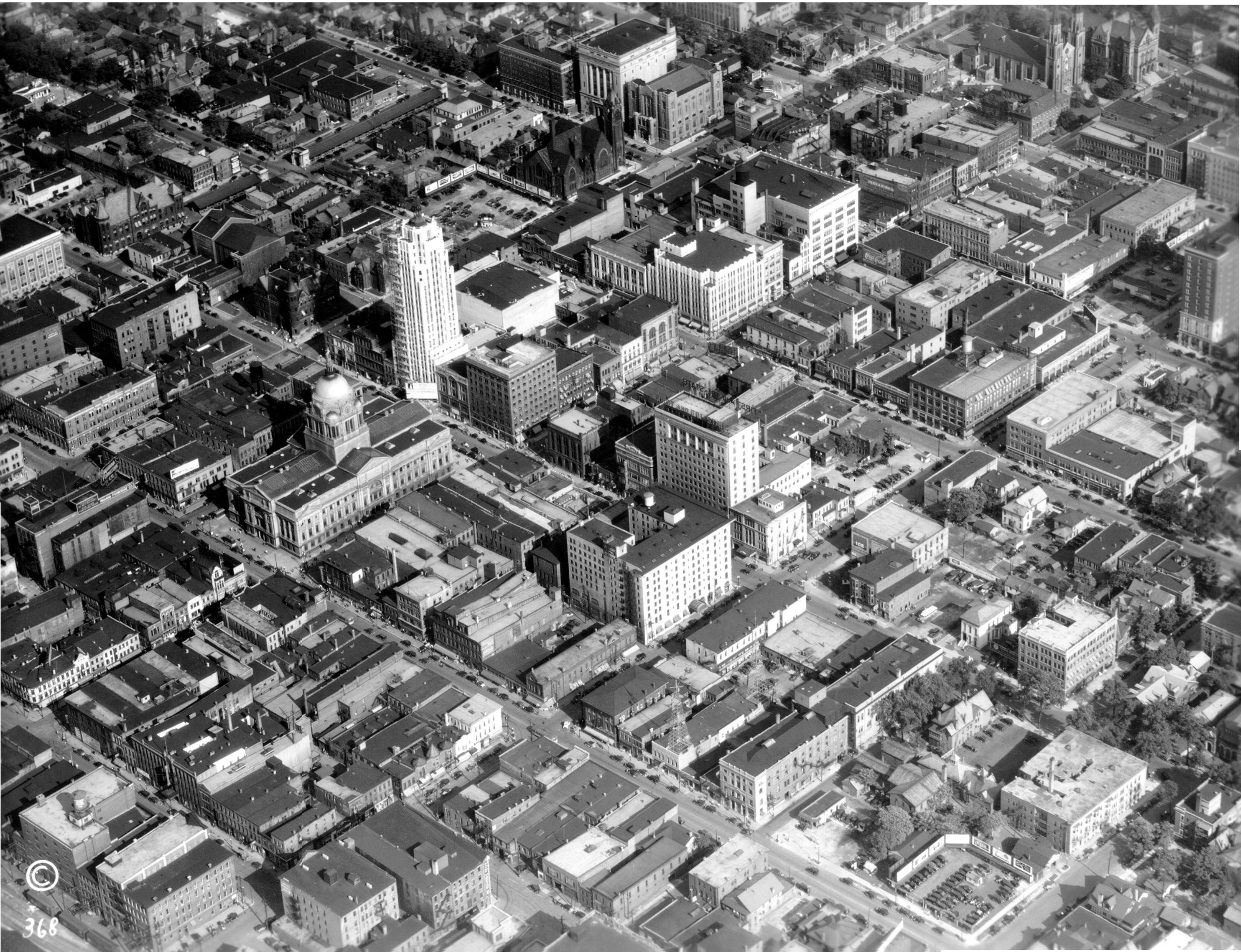